Twenty-five years ago, I took my first PSI Seminars class – The Basic. One of the fun exercises we did was called The Behavior Matrix, which separated all of us into one of 4 groups based on 2 traits: Formal vs Informal, & Dominant vs Submissive. I was definitely Dominant Informal, which put me in the Promoter group. And at the time it was accurate.

But twenty five years passed. I think the next group I moved into was Controller, but now I find myself straddling the line between Controller & Analyst (I think being in a wide & varied progression of bands completely beat the Promoter out of me), but the majority of my weight is on the foot in the Analyst side. And this has a huge impact on… well, how I answer questions.

END_OF_DOCUMENT_TOKEN_TO_BE_REPLACED

Step One. Encounter moth. Can tell it is sphingidae. No, I never studied entomology. My BA is in English. But I know what sphingidae look like because I grew up being told that Ascalapha Odorata (Black Witch Moth) is a “hawk moth,” but it’s actually Noctuidaea, “owl moths.” Yeah, this all in Step One.

Step Two. Capture moth & release outside, but not before snapping a few pictures. It was rainy & windy, so I apologize, moth, but… you can’t stay on my bed. I need to go to sleep.

Step Three. Spend 2 hours past bed time Googling images to try to identify recent visitor. Give up, feeling painfully unfulfilled, at 9am.

Step Three A (optional): Wake at noon because my dad decided it was a good time to come over & do yardwork (he’s my landlord) even though I’ve told him multiple times that I have to work on this night of the week but apparently he can’t remember that any more than all the times I asked him not to smoke his mfing pipe at my house because it messes up my sinuses. Go to work angry, tired, & sleep deprived. (This step totally fucking optional)

END_OF_DOCUMENT_TOKEN_TO_BE_REPLACED 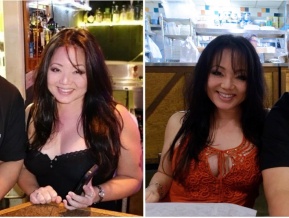 As mentioned in a previous post, I started Wellbutrin in May, & in addition to not wanting to stab myself with a knife any more, I’ve also found the motivation to diet. Nothing drastic; just keeping a food diary & trying to keep myself to <1200 calories & ~80g carbs per day. I’ve had friends scoff that 80g is a lot, but screw you guys. 80g is like… well, let’s say I only make it half of the time. Love my carbs!

That said, I’ve lost 18 lbs. So far. But what I want to talk about is people’s reactions to my now noticeably slimmer figure. The women’s reactions are always initially positive, but I sense a slight withdrawal. I know one girlfriend has insecurities about her boyfriend (a long time ago, before he met her, I once – ONCE! – flirted with him, but no further than that), & it could be her afraid he might look, or actually just him being afraid she might catch him looking so maybe he’s avoiding me, but they’ve disappeared. He’s completely devoted to her, & I’m completely devoted to my guy, but I don’t think it’s that. I think it’s a subconscious reminder of the weight she’s gained since she met him (I know, because I was there!). And if he so much as glanced at me, even for nothing at all, she’d feel that. Girls internalize things. So sure, I can see other girls internalizing changes in me. Can’t be helped. Girl Thing.

There’s a stigma. Totally unexpected. It shows itself in more obvious ways as well.

END_OF_DOCUMENT_TOKEN_TO_BE_REPLACED

This is the first in a series of a new category I’m going to call Not Trying That Again. I suppose the previous post should go under this category as well. A radio friend is asking for psycho ex horror stories & I have a few. So here’s the first one.

During the 2nd year of my seven year sabbatical from relationships (yes, I really did take 7 years off, & it was actually really great), a cute cop asked me out, & one of my girlfriends who was then married to a cop reassured me that he was ok. So I agreed to a date.

END_OF_DOCUMENT_TOKEN_TO_BE_REPLACED 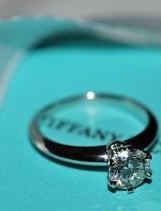 I’ve had to tell this story so many times I’m going to write it down. A long time ago I had a girlfriend with Borderline Personality Disorder. We didn’t know that at the time, & I had been with her through thick & thin (see Lives), held her hand in high school through abortions, moved her in with me & rehabbed her from her ruined junkie life… we’d been friends for over a decade. She was a great friend, unless you counted the times she told her cop boyfriend she was at my house when she was actually out with her other cop boyfriend, or if I had to stand there & fret while she talked to one cop boyfriend on Line 1 of my fiance’s business phone (we’d given her a job) while she had the other cop boyfriend on Line 2. Or when the nice cop boyfriend showed up alone at my workplace to ask me if he was being played. And I couldn’t tell him because I was loyal to her. Or when all the girls at work gathered together & told the manager they refused to work with her (I’d gotten her a job with me since she’d gotten fired from her retail job), so I said to put her on my shifts. And then she’d spend up to 2 hours outside talking on her phone. While clocked in. And I worked for 2.

Good friends don’t make you do shit like that.

END_OF_DOCUMENT_TOKEN_TO_BE_REPLACED 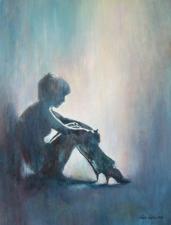 I had a long talk tonight with a grieving girlfriend whose bestie just committed suicide. They’d been distant over the last few months, not because of her, but because he was going through a hard time & it made him act like a jerk, & he was the worst to the ones closest to him. She was hurt, resentful, doubted their friendship, but she never really gave up on him. She gave him the distance he seemed to want, not sure how much friending he wanted from her.

Before he did himself in, he wrote her a letter. The cops confiscated it & she’s still never gotten to read it, but I can guess what he wanted to say to her. He also sent her a scheduled text, written while alive but arriving days after his death, which, understandably, freaked her out. The text contained instructions – the kind you give to the person you trust most in the world. Clear my browsing history. Throw out the entire contents of my bedside drawer. You know.

END_OF_DOCUMENT_TOKEN_TO_BE_REPLACED

There are people in my life who are not going to like that I’m talking about this, but after an hour of Googling, I’ve been unable to to find sufficient information regarding the continuation of Wellbutrin/bupropion in spite of hives. Wellbutrin is an antidepressant (that’s right; I’ve just started antidepressants) & the only one in its class. It’s a norepinephrine/dopamine reuptake inhibitor – meaning it raises the average levels of norepinephrine & dopamine (that’s right, the good stuff) in your body.

I’m currently on Day 10. My therapist suggested I try antidepressants after I talked to her about a few “bad spells” I had this year. I had disproportionate reactions to disappointments – friends flaking out on a project, a vacation to Fenway Park canceled, family drama that didn’t even involve me directly. I’d be paralyzed by despair, my productivity severely impacted, & well… even as I thought to myself, “This is ridiculous!” I was still stuck in my chair, weeping, feeling utterly hopeless & unmotivated to do anything. Depression & anxiety runs in my family, & I didn’t have the most nurturing childhood, so, here I am. I’m not ashamed of it like certain people around me think I should be & I’m perfectly fine talking about it. Too bad. It is what it is. Deal with it.

END_OF_DOCUMENT_TOKEN_TO_BE_REPLACED

A few of my friends have been posting this on Facebook. I’ve watched it circulate, & I know they just think it’s funny, but there’s something dark about it. Something not cool. One of my girlfriends had posted it, & since she is one of my few friends who doesn’t take every single thing personally, I decided to share my thoughts on it.

END_OF_DOCUMENT_TOKEN_TO_BE_REPLACED

The black car & white truck were already there long before that blue car parked, for those wondering. 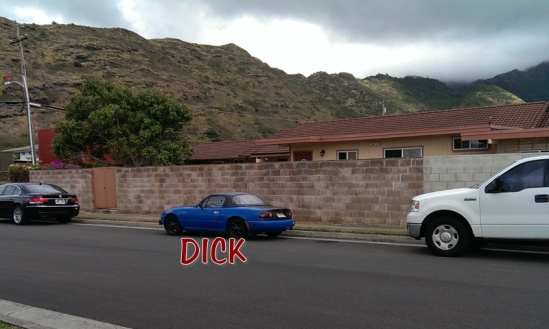 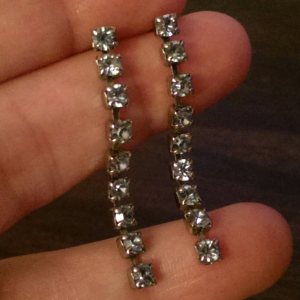 I avoid most of my high school classmates. There are only a few that I both like & think are interesting enough to talk to. But recently a classmate – I’ll call her Molly – has been popping into the bar to visit me. She was one of the popular crowd in high school – prom court, cheerleading – & although we were always nice to each other, I didn’t really hang with her crowd.

So apparently she’s been through a lot & her brain is pretty destroyed. She was pretty, but I guess not that smart, & right out of high school, her rich boyfriend dumped her (probably for college). I think she simply didn’t know what else to do with herself, so she got into an escort service because it was easy with her looks.